In Sweden, the land of the Jante-law, there isn’t anything quite as bad as selling. The image of a slick used car-dealer comes to mind, a lowlife, busy talking, never listening, wanting to trick me into buying a cheap car for more than it’s worth…

As I am self-employed since October of 2007, selling is a vital part of my professional life. If I didn’t “sell myself and my competence”, I would not be able to continue to be self-employed. It just wouldn’t work. But the inner resistance to selling has been massive, let me tell you.

So when I heard from someone that selling isn’t about tricking people into buying stuff they don’t really need, it’s about inviting people to look at something that I have found provides value to me something shifted within! All of a sudden, instead of selling being hard, uncomfortable, and something I wasn’t really proud of doing, there was a free-flowing energy, 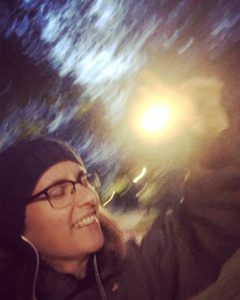 champagne bubbles and a playfulness in its place. From this viewpoint – selling is like asking someone to dance. I get a Yes or a No, and either way, I know what my next step will be; Either I start to dance, or I move on to the next person, inviting them to dance with me.

Both these viewpoints on selling are simply stories I’m telling myself. Neither is Truth. Both are opinions. The GPS-facts of a sale concern a transaction between two (or more) parties. The negative and the positive spin I put on that fact, is my opinion on it. So, why choose to put a spin on selling which doesn’t serve me (making me feel like a slick car salesman, pushing you into a sale), instead of a spin which does serve me (Wanna dance? Yes? Whoop! Great, let’s dance! No? Whoop, great, thanks for telling me! I’ll ask the next one in line to dance.)?

And selling is, of course, but one of all the words, actions and activities I am involved with, where I place opinions on a fact that might or might not serve me. The more aware I get about this, the better choices I can make!

Why hold it in?

Who am I and why am I here?