“We have already had to think anew so many concepts of motion, we shall also learn gradually to realize that it is out of mankind that what we call destiny proceeds, not into them from without. Only because so many did not absorb their destinies and transform these within themselves as long as they lived in them, they did not recognize what went forth from them; it was so alien to them that they believed, in their bewildered terror, it must have just entered into them, for they swore that they had never before found anything similar in themselves. As we have long deceived ourselves about the motion of the sun, so we still continue to deceive ourselves about the motion of that which is to come. The future stands firm, dear Herr Kappus, but we move about in infinite space.” 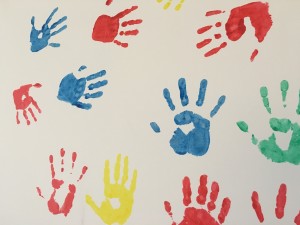 It is out of (hu)mankind destiny proceeds, not into them, but out of them.

We create today, tomorrow, and the future beyond. Each of us, individually, and each of us, collectively.

It simply does not happen. We make it happen, as we move about in infinite space.

I hear people ask, bewildered, why the generosity, warmth, kindness and compassion, that was rampant on the streets of Stockholm on April 7th 2017, seems to spike at times of great need. Asking why it is not always so. Listen to Rebecca Solnit in On Being, and you will know. Both why it happens as it does, and why it doesn’t happen with it doesn’t. And know that it can. Because it is out of mankind destiny proceeds, as Rilke writes to his young aspiring poet-pen pal.

It can happen. If we want it to.
Both individually and collectively we can live out of a place of great compassion, for one another.
We can. Let’s.

#Blogg100 challenge in 2017 – post number 41 of 100.
The book “Letters to a Young Poet” by Rainer Maria Rilke.
English posts here, Swedish at herothecoach.com.