I intend to go through my intentions for the year at the end of each month. This gives me a monthly reminder of my intentions as well as ample space for reflection and possible adjustment.

During February my back has been messing me up in a number of ways. Or… messing me up, might not be the proper phrasing. My back has helped me look at “as I am” with new eyes. And that’s actually really cool. So I will be letting go of a few of my specified goals, all the while continuing to explore these intentions in different ways, in the company of both D and D. More on that to come, in other words!

* have my mental and spiritual wellbeing in focus by:

* have creation in focus by:

* have financial husbandry in focus by:

And finally – on all levels – experiment and play, experience pleasure and exploring and challenging myself, all the while being gentle to myself: got a message from a squirrel outside the window during a Mastermind-call, my working-together-days with the Better Globe-gang are rewarding on so many levels (especially so once little Snötass (Snow-paw) joined us. She’s adorable. And not mine – here Pop the cat reign sovereign.) and my back is definitely kick-starting a lot of inner workings, and I also wrote a Swedish blog text titled Jag ser… which means I see that might just be the most important thing I’ve ever written. My coach Dave did a five day Reignite your business-challenge on Facebook that I participated in with great results, I had a full day photo-session with Anders Roos, and I think both me and the youngest one have started to get used to having the eldest kid on the other side of the globe. Spring is upon us with warmth, sunshine, flowers blooming and the most wonderful spring air! 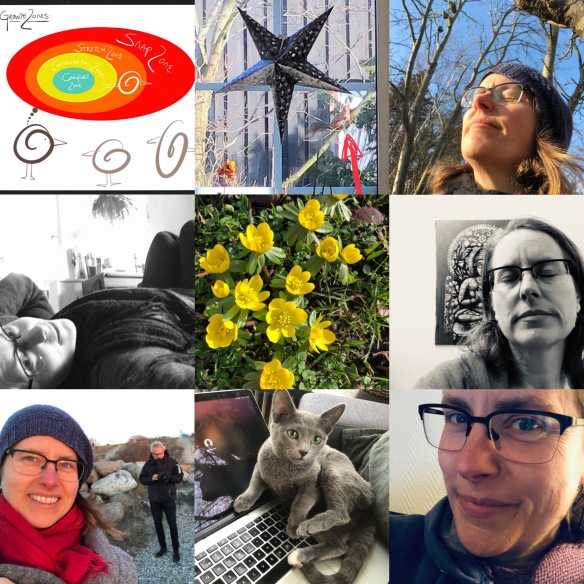 I let go of my desperation.