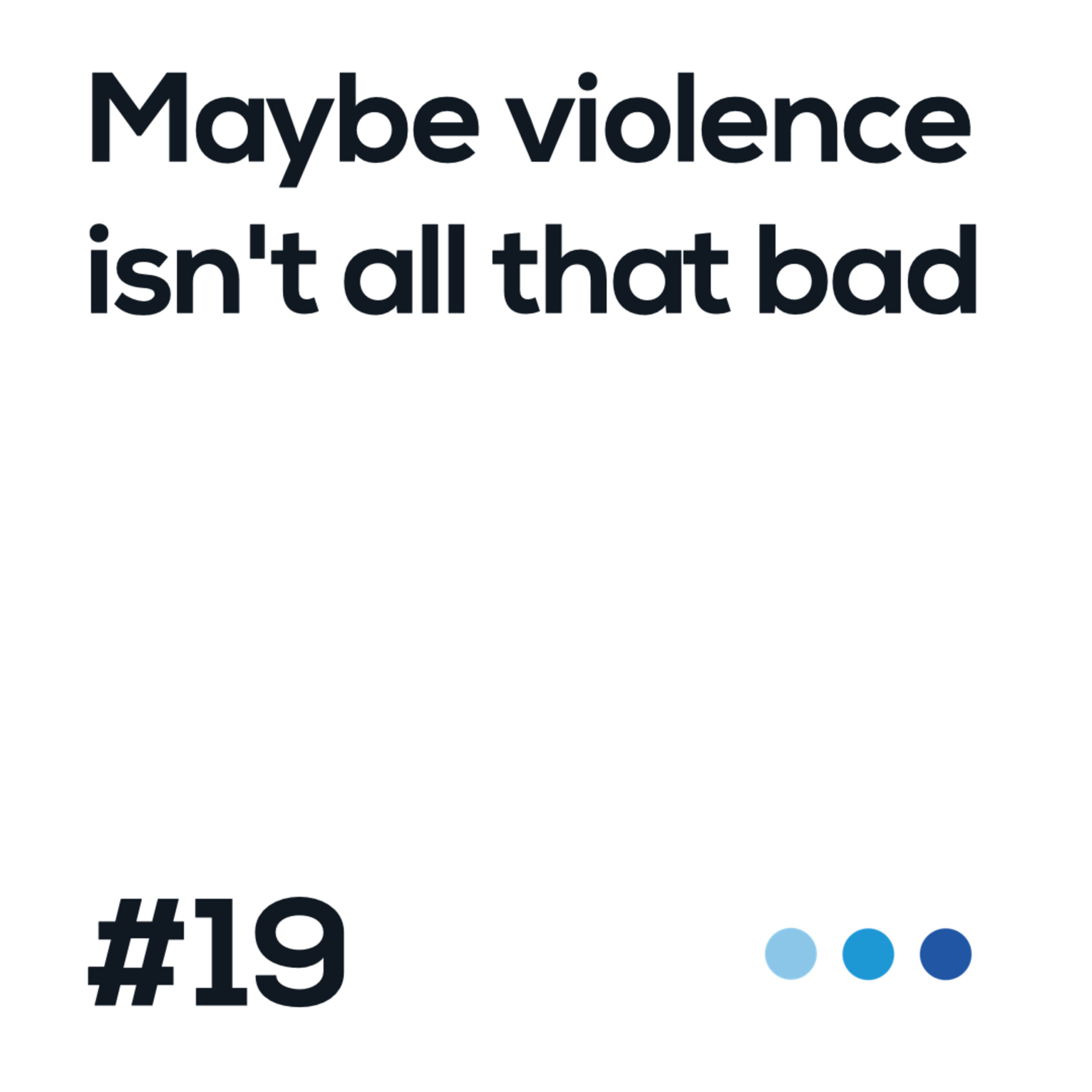 Maybe violence isn’t all that bad?!

The first time I entertained that statement/question I shocked myself.

A long time ago (August of 2013) I wrote a piece entitled Violence is never the answer and I absolutely, one-hundred-percent believed it to be True. Capital T Truth. But now… No. I no longer think it is.

I am greatly influenced by Daniel Quinn and My Ishmael, where he speaks at length to this. I remember picking apples from my mother’s apple trees in the fall while listening to the audiobook. I’ve read the physical book before. I’ve listened to the audiobook before. But this time, happily picking apple after apple, I immediately ‘rewound the tape’ and re-listened to the chapter where violence is discussed in such a way that I all of a sudden saw beyond the violence, saw the reason for it, or at least a possible reason for it, in way’s I’d never before understood it.

As I worked on the transcript of my fifth conversation with Reddy, episode 49 on Tankespjärn with Helena Roth, where we spend much of the time playing (yes. Absurd as it might seem, play is the best descriptor, I think.) with violence, I heard myself say Maybe violence isn’t all that bad?!, knowing that if anyone can stomach me saying that, it’s Reddy. Which he did like a champ.

So, what about violence might not be all bad?

Well… Look at other species, and you will see more in-species fighting, and less between-species fighting. (Note, I write fighting, and not killing. Most predators hunt-to-kill other species, rather than rely on their own species for prey, but they fight with their own kind.) This has been true for humans too, for most of human life on earth. The in-species fighting has served the purpose of keeping other groups/tribes on their toes, making sure they don’t relax. (Which, incidentally, also is a way to keep the other’s as well as ourselves fit because who knows when they might return the favor?!). The concept of drawing first blood has sufficed, to a large extent, and not until the culture of Modern Man did we start to annihilate the others if they did not assimilate into our culture.

The mash-up of this innate (?) trait–violence as a part of the way of nature–twisted, thwarted and manipulated by the culture of Modern Man, combined with technological advances, where you no longer have to be within arms reach to kill another person–has brought us to where we are today: A place where it’s easy, almost a given, to dehumanize the other, and where the effect of violence-at-a-distance wreaks havoc way beyond the concept of first blood.

Maybe violence isn’t all that bad?!

But the violence I speak to is not the violence of today, where brutal, lethal force is applied at a distance, dehumanizing perpetrator and victim both. It’s as if we’ve turned up the volume too high on violence and need to turn it down again, to recalibrate violence to a level where it isn’t all that bad, again. Or?