I envision my personal development journey as if I am peeling an onion. Layer after layer I unreel externalities, roles, expectations, assumptions, societal norms and the likes. Things I’ve taken on during my upbringing, in school, at university, as a daughter, sister, grandchild, cousin, girlfriend, fiancee, divorcee, wife, mother, validation engineer, project leader, chairwoman of a parent association, self-employed consultant and quality advisor, coach, change agent. You name it, I’ve taken it on.

That’s what it feels like, when I look at this long line of roles, titles, that I have stepped into, some deliberately, voluntary, some just because life unfolds. As if they are something that is added upon me, externally. 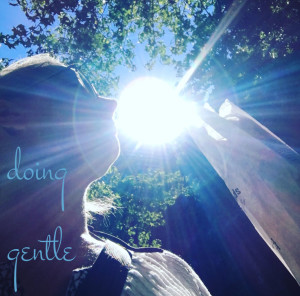 But along the way, I also started to unpeel. I started to question the layering that sometimes felt like a mold I had to fit into, rather than becoming that which I am. And unlike the onion, in human beings, at the core, deep within, there is a gem, a diamond, a light that is You.

This light always shines. But the layers stop the light from reaching out into the world. Some roles let more light through than others. You appear brighter or more subdued, and sometimes, I think this can be as confusing to those around you, as it can be to yourself. But when you peel off the layers you’ve placed upon this inner light, it can reach the world, undiluted, unhindered. In its full glory.

Let it shine. The world needs your light, the light only you, and no one else can shine it upon the world.

First published on my blog on October 2nd, 2016: https://helenaroth.com/doing-gentle-38-unpeel-yourself-like-an-onion/