Have you fallen for the ruse that a personality is a fixed set of likes/dislikes/habits and reactions that make up the basis of who you are?

I had. And in someways, I still fall for it. But most of the time, I don’t. I have come to understand that I have a choice. The choice of right now. 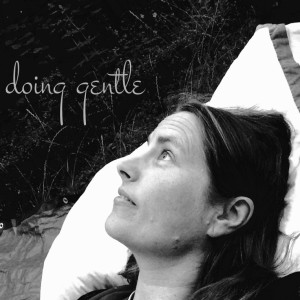 You see. When someone tells me It’s just who I am and expect me to take that as a Truth that cannot be changed, I cringe. However, if instead they would say It’s who I am, right now there’s an opening. Yes, there has been a choice, a choice to be bad-tempered, angry and upset, stingy, of rigid mind or whatever, in a given moment, but there’s also a willingness to see that in a day, or two, or five years, or whenever, there might well be another choice being made.

Whatever the choice, it’s not a permanent one. It’s fluid. Like life. Because life is fluid. It’s in constant flux. There’s never an emotion that lasts forever, because life cannot be lived like that. And hence, there’s never a ”personality trait” that’s a forever thing, unless we chose it over and over again.

And even then. It’s really not. Because however enamored we are in our personality, it can never be something which we are, 100% of the time.

She’s such a happy person.
Yeah. Except when she’s not. When she’s sad. Or scared. Or feeling vulnerable and alone.

He’s always such a grouch.
Yeah. Except when he’s not. When he sees an old favorite movie on TV, remembering happy days in his youth. Or when he wakes up from a lovely dream, carrying the feeling from it into his day.

Personality is not a permanent fixture. Simply because nothing can be permanent, permanence isn’t part of being human. Feelings, emotions and state of mind shift, constantly, and hence, the manner which we meet the world shifts along with it.

What choice are you making right this minute? What character trait are you choosing to meet the world right now?

First published on my blog on October 30th, 2016: https://tankespjarn.com/doing-gentle-42-personality/