I didn’t really have an answer, so he asked if I wanted to hear his impression. Yes, please tell me, I responded. What else could I say, being a Curious George and all that…

So he said, slow down. That’s the message I got, to slow down. Ease up a little.

I’ve carried the message with me, this past week, using it as a baseline to reflect on what I am doing, in which areas, and how it all serves me. Or doesn’t, for that matter.

Coming to a realization that for quite some time I’ve been pushing all my own buttons. At the same time. Working on all areas, simultaneously. Pushing against the boundaries of my comfort zone… no, that’s untrue. I’ve been pushing against the boundaries of my stretch zone, going dangerously into the red snap zone… in many, if not all, areas of life. 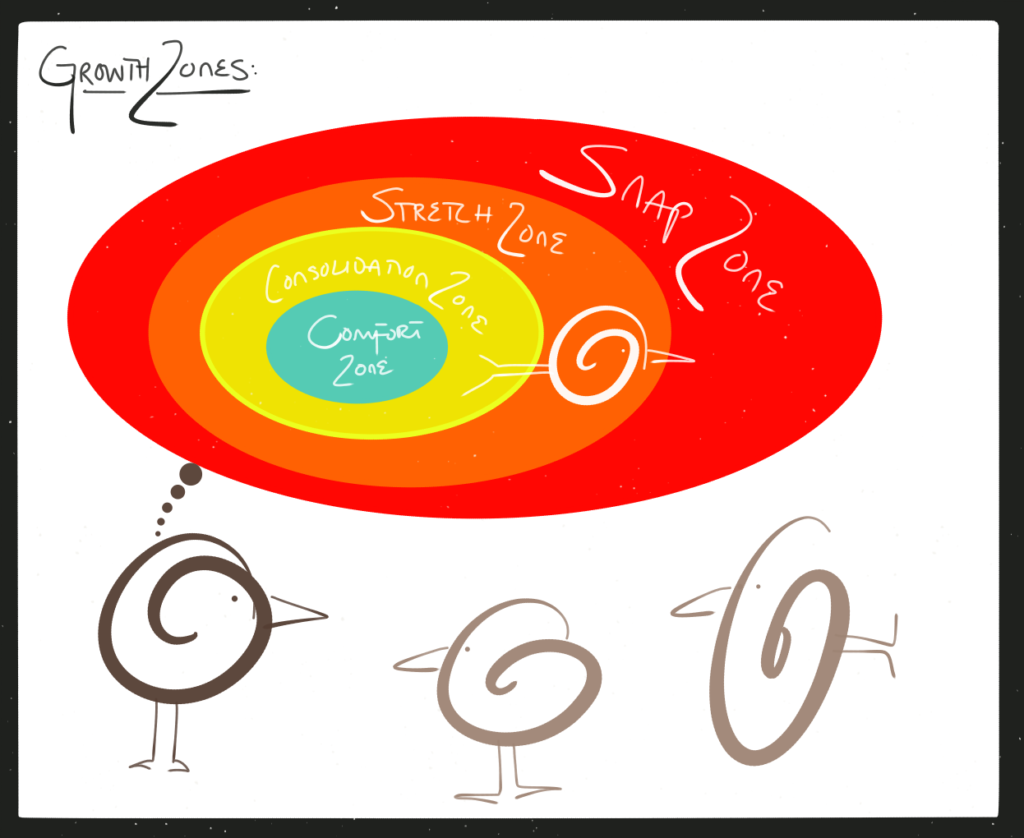 I realized, as I took in the message I was sending but not picking up on, that I don’t have to work in all areas, everywhere, all the time. It is not only reasonable but actually wise, to heed the advice of the master of self-care, Pop the cat. Let myself rest, consolidate, push fewer buttons, letting come that which wants to come, given that I let go of that which has done its job.

So I breathe in. Hold it, for a few seconds. Then… exhale, letting go of a bit of the urge within, to be done. Knowing it’s not at the finishing line the reward of this journey lies. It is the journey itself. That is the reward. The growth. The expansion. The learning. That which is life. Living it. Loving it. Letting go to let come, and reveling in each twist and turn, each nook and cranny, falling through internal trap doors, one after the other. All the while being open. And gentle. Knowing my gentleness towards myself is that which ensures the openness, the willingness, the ability to step without hesitation into the next inch of the unknown.

As a direct result of the reflective process of this past week, I honored myself today.
Saying No to others. Saying Yes to me.
Slowing down. Easing up.

Sure didn’t hold it in!