”Ideas at first considered outrageous or ridiculous or extreme gradually become what people think they’ve always believed. How the transformation happened is rarely remembered, in part because it’s compromising: it recalls the mainstream when the mainstream was, say, rabidly homophobic or racist in a way it no longer is; and it recalls that power comes from the shadows and the margins, that our hope is in the dark around the edges, not the limelight of center stage. Our hope and often our power.”

Have you considered how it’s only when we look back, in the rear-view mirror, that we can reverse engineer how we got to where we are now? How it’s never (ever?) a matter of an outspoken plan, but rather, in hindsight, the way the road meanders forward simply happens. Personally, this is certainly true, and perhaps easier to see, as it’s part of my story. I know what my plans were… and how the road to where I am now diverged, shifted, things happened which made me end up somewhere far from where I thought I would. For me – the place I am is much better – wider – more diverse and rich – than I though, than I planned, which makes me look forward with curiosity. Who knows where I might end up? 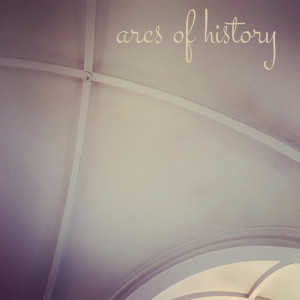 But when it comes to the larger movements of humankind, it’s harder to tell. The Arabic spring is a failure I hear, and I think (and Rebecca Solnit reinforces my beliefs!) How can you tell? It’s too soon. What do we know of where we’re at now, and where we will end up in 10-50-100 years time?. The arcs of history are – and must be – longer. They cannot be judged, measured, against the experience of my life. For me, as a mortal human being, a year, two, three, can feel like a long time. But in the grand scheme of things, it’s but a blink in time, is it not? What do you think it was like in post-revolutionary France 10 – 50 – 100 years after the Storming of the Bastille (on July 14th, which is now the French National Day, no less)?

In Hope in the dark Rebecca Solnit help me see how the arc of history is rife with examples of events, that we only in hindsight can see as pivotal moments, nudging society along, sometimes for better, sometimes for worse, but always upsetting the status quo. That hope can be found in the dark around the edges – and guess what? That’s where you and me reside, ordinary people, far from the center stage of politicians and business leaders, prominent thinkers and scientists. You and me – with the possibility of making an impact, nudging the arc of history? For better or worse? Can we know? Probably not, but the intent with which we act and how we choose to show up in the world might give a hint?

#Blogg100 challenge in 2017 – post number 6 of 100.
The book “Hope in the dark” by Rebecca Solnit.
English posts here, Swedish at herothecoach.com.