I’ve seen enough change in my lifetime to know
that despair is not only self-defeating, it is unrealistic.
– Susan Griffin

I believe this to be true.
Not necessarily on an individual level, but most definitely on a collective level. I mean, an individual may be in a hole so deep, there is no perceived way out. Despair is a most likely, and probable choice, in a situation like that. It is still a choice though, meaning that it’s not a default setting. It’s not the only possible way to be, when one finds oneself deep down in a dark hole. But perhaps we are more used to people despairing in such situations, than staying in high spirits, enjoying the little things in life. And even those people will likely fall in and out of the feeling of despair, as hopeless thoughts comes and goes, which they do. All by themselves.

But despair is self-defeating. For the individual. 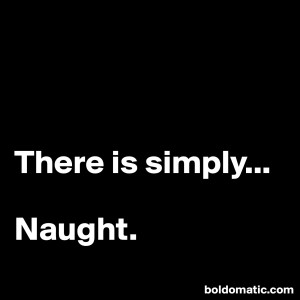 As I close my eyes, and feel my way around, and into, the feeling of despair, tasting it, smelling it, feeling the texture and size of it…. it opens up a void within me; unfathomable depths of nothingness.

And from that place… nothing sparks.
Nothing can live. No initiative, no interest, no connection.

There is simply… Naught.

But we are not all there, in despair, at the same time. Not if there’s enough of us to make up a small group. And that’s why, on a collective level, self-despair is unrealistic – because we are a social creature, meant to be together, connected, intertwined, helping and being helped. When one of us is down for the count, the rest of us will – must! – step up and rise to the challenge, doing what needs be done.