Sitting in bed reflecting on the past year. As always when I write these yearly reflections I start off slow, not really remembering… and then, slowly, the paper is filled up, with travels, experiences and moment of learning. One by one they add up, to form an amazing cavalcade of (parts of) what 2016 brought forth for me.

Pop the cat
A year ago he moved in with us, Pop the cat. This wonderfully friendly cat, who’s managed to charm not just us, but most of the neighborhood. He likes to take walks with us, but as the generous cat he is, he doesn’t restrict himself to family only, but gladly hooks up with anyone going for a walk along the neighborhood.

Writers retreat
Finally got my act together to set up my very own, personal, writers retreat in January. My friend Therese let me use her sweet little guest house in the deep forests of Småland, and I wrote, wrote and wrote some more. A wonderful experience, that I promised myself on a quarterly basis. I didn’t manage that – but the ambition still holds! – but I did manage a second writers retreat in October. This time around Sus in Sävsjö provided the location (Småland again!), and me and Sara wrote, wrote and wrote some more on our joint book project. We booked several more writers retreats in the spring, to ensure that we – in 2017 – will create all the material we deem necessary, to take the project to the next phase.

A course in a special type of falsetto singing used traditionally in Sweden to get the cattle to come home
I don’t even know how to translate kulning, which is the Swedish word for this course. Anyway, it was great fun, and absolutely crazy! I found a course in my Facebook-feed, which I shared because it was enticing to me. I hesitated though, until Sara from the writers retreat actually went and registered for it. Then and there I decided to join her, so in June we spent two days singing this special type of sone, in the wonderful surroundings of Stenshuvud. We let loose strong forces of nature, that’s for sure!

Seattle/Vancouver-trip with the family
The first item that I actually managed to cross off my Bucket List! Almost three weeks together in Seattle, on the Olympic Peninsula, in Vancouver and with a shorter trip on Iceland than planned – however, still long enough to give us the opportunity to experience the Blue Lagoon. 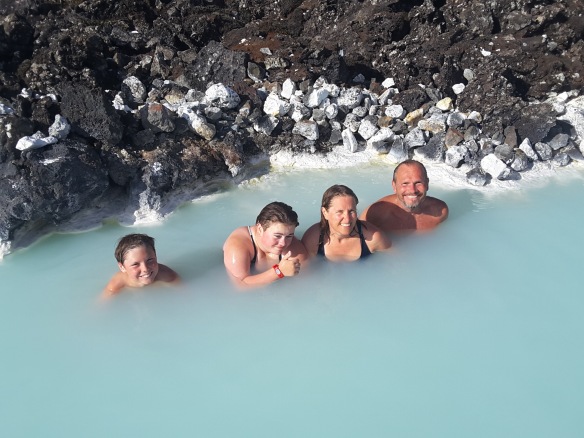 I want to give you a tip as well, AirHelp assisted us when the final flight back from Iceland was more than four hours delayed. We ended up getting a quarter of the flight cost for the entire trip back!

Separation
This has been a turbulent year – on the inside! – which culminated this fall, when me and hubby separated after fourteen years. This has resulted in many a reflections and countless tears, but also lots of love, closeness, laughter and wamrth, in so many levels. I am trying my best to stay open through out the ongoing process, rather than closed off. Because who says a love relationship has to look a certain way? Why not create the form that makes me and my loved ones feel the best we can, regardless if that would deviate from the norm or not? The exploration will continue in 2017, and I know this: together we are taking responsibility for the wellbeing of the entire family, which feels really good.

Intentional Decisions
The book! What a journey. And what marvellous co-travellers I’ve been honored to co-create the book Medvetna Val – från offerkofta till möjlighetsmantel with! (The book is in Swedish and the title talks about the intentional decision to go from victimhood to acting on possibilities.) And the adventure will continue, that’s for sure. I look forward to it all, with the possible exception of the Swedish Book fair in Gothenburg in the fall. I was there this fall, and would gladly skip it next time around. Perhaps it was due to the impending separation and lots of uncertainty in my personal life at the moment, but regardless, there’s so much energy in the air in such occasions, that it drains me, more than rejuvenates me. Although I was thrilled at finally meeting up with the one and only Klas Parknäs in 3D and that was a great gift!

God Man – acting legal guardian for unaccompanied minors
My first Good Child (the Swedish term God Man, litteralt translates into Good Man so I call the children under my charge my Good Children!) turned eighteen which meant he no longer was deemed in need of my services, but in the nick of time, I got him registered for school, thanks to the willingness and flowing humanity of various officials. My second Good Child who has a permanent residence permit, also turned eighteen this fall, and he’s got enough drive to last him his entire lifetime. It will take him far! Am no longer God Man for him either, for the same reason (turned eighteen) but we stay in touch and each time I see him I rejoice! When my youngest Good Child turned thirteen, and two months later got a permanent residence permit, I cried from happiness and relief. All of this warms my heart!

But sometimes, my heart breaks instead. Since two months back, my forth Good Child (also turned eighteen, so I am no longer acting legal guardian) sleep in my living room on a cot we set up for him. In the middle of January we are called to the Migration court as a result of having appealed the ruling of the Swedish Migration Board not to let him stay in Sweden. I would like to ask you to keep us in your thoughts – the odds that the court will overturn the ruling are not good. But there is a chance, and that’s what we try to keep in mind! And if you, or anyone you know, can assist us with arranging better living accommodations for him than a spare bed in my living room, please get in touch!

Two blogs and writing
A year ago, at long last, I separated my Swedish and English writings. My blog up till then had become a jumble of Swedish and English posts, and it felt messy. Now it’s purely Swedish and English respectively, and it feels much better to me. I often write in the mornings, and when I sit down, I just start writing, in one of the two languages. Whatever comes comes. Very interesting, as I never really know what language it will be. I do enjoy writing, that’s for sure, and I’ve got several book projects cooking, so the story will continue… 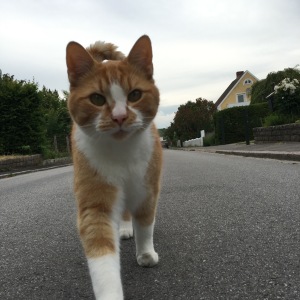 Pokémon Go
In Seattle, during the summer, Pokémon Go was released, which had my son immediately expropriate my cell phone, to toks balls hither and dither. I started an account myself, but not until we got back to Sweden and organized the youngsters cell phone-problems, did I start playing for real. And what joy this has given me this past fall! I’ve walked and walked, alone and with my son, and since Christmas Day, much to our mutual delight, my daughter has also joined us in playing. So you can bet on us continuing to chase Pokémons in the vicinity. It’s a very easygoing and humble way to hang with the kids, and at the same time be outside in motion. Cat the Pop often joins us when we take our Pokémon-chasing-walks, which adds to the charm.

Getting issues on the roof fixed; re-planting the front yard; repairing the kitchen cooker hood fan and exchanging the refrigerator door seal; finally ordering a large amount of fire wood for the fireplace.
Odds and ends (called sourdoughs in Swedish, which gives you a bit of colloquialism to enjoy) that haven’t made it off the To-Do-list in years, now actually got done. And actual sourdough as well! I attended a cooking class in September with Jan Hedh, a famous Swedish pastry cook and baker, who gave us all a bit of a rye sourdough originating in San Fransisco 1969. It’s thriving at home with us, and I bake a couple of times every month.

Our Stories
Took a Walk n Talk with Anders Roos the first week of January, connected by Inga-Lill, who had a hunch that we should meet. She didn’t know why, but boy was she ever right! Our Walk led me and Anders Nordgren to join Anders inco-creating a project that he came up with, and had started to act upon.

The project ”Våra Berättelser – vi som flytt(at) hit” (which means “Stories of those who’ve moved or fled here”) is a photo- and text project where people who’ve enriched our country for more than half a century will tell their stories. The public debate centers on fear, with a focus on difficulties and costs. We need a material that shows all the benefits we’ve received from the people who’ve come here, but more than that, material that will show who they are.

That’s how we describe it, this very important project close to my heart, where I will be the one producing the texts. And for certain, this is not the last you will hear about this!

Castle weekend
Ann had a big birthday so she invited ladies close to her heart for a castle weekend. Not a lot of ladies actually made it to the weekend, which perhaps was for the best, because it surely was a god’s send! Spending the weekend just being, held in love, by some of my closest friends, was rejuvenating. You know how important this was for me, just then, just there, but still: thank you, from the bottom of my heart!

Knitting
My hands have started to work again. I am in creation mode! I’ve knotted caps, wrist warmers, wash cloths, a wonderful shawl and am busy making a sweater. I cannot even remember last time I knitted myself a sweater… but now I’ve got one going!

Burpees
To be precise, 4806 burpees since May 28th 2016, when I was invited to joined a 100-day-burpee-challenge by a friend. 3000 burpees in the first one hundred days, and since then, I just kept going. I do burpees every day – haven’t gone a day without at least a few, since May 28th! – and have, in 2016, done four thousand eight hundred six of them.

This, and so much more, is the gifts 2016 brought for me! I collect all these memories of the past year, and let go of what I don’t need to bring with me into 2017. Letting go of that which no longer serves, to be able to let come what which want’s to happen!

With the warmest gratitude I send you wishes of a wonderful new and happy year ahead. I surely look forward to what will manifest for us all in 2017!