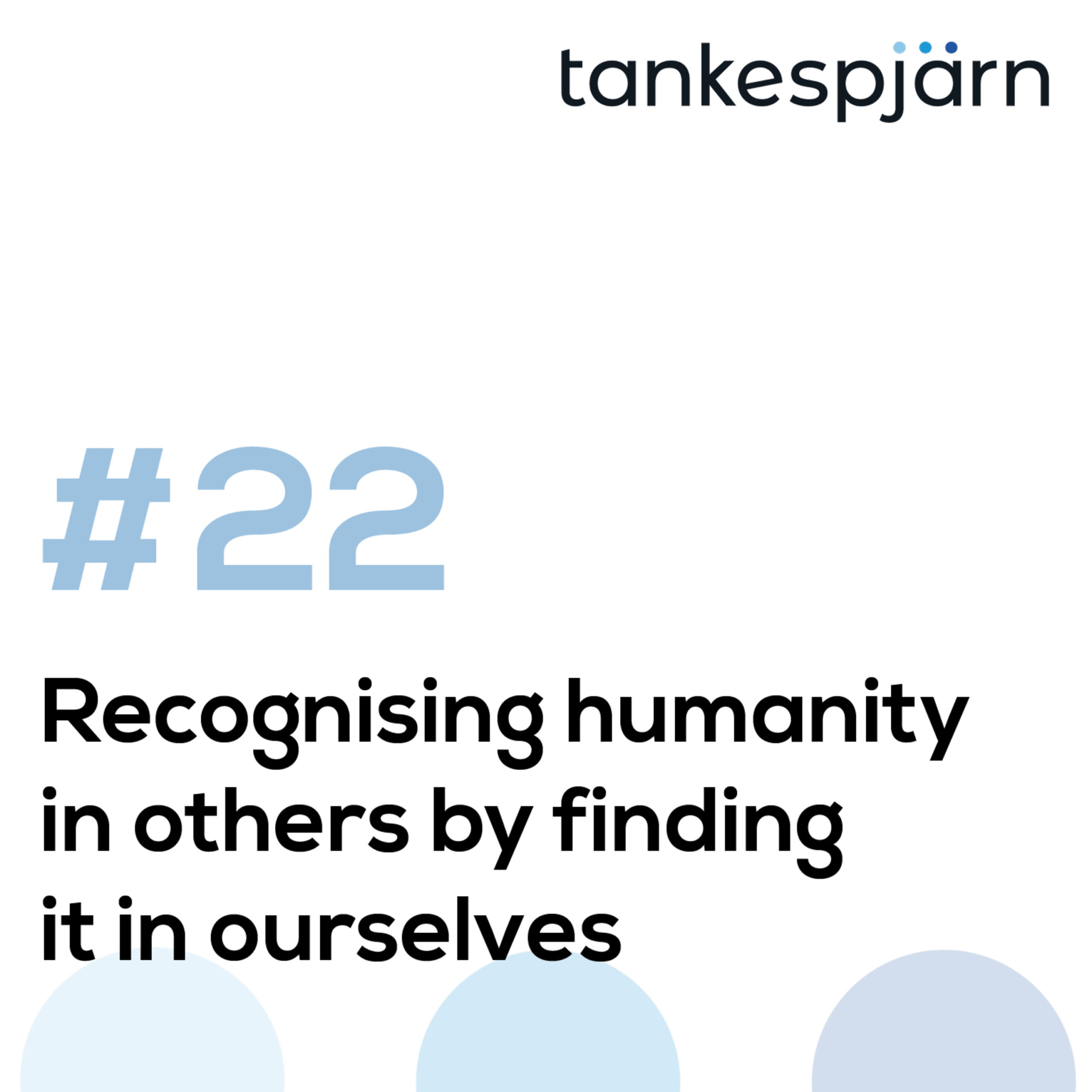 Part of the process of releasing these podcast episodes, has me reading through the transcript of the conversation, picking out short parts that Caspian will then turn into raw snippets, that I listen to and verify their title, before he brands them.

Optimally, I do this just before I sit down to write the episode description, as it brings the conversation fresh into my mind, and that’s precisely where I am at right now.

And as I listened to Beverly musing on belief-systems, finding your own values, and recognizing humanity in self and others, I… had to listen again, and again. Finding it such an insightful and important musing on being, and becoming, human, that I wonder if this might be the snippet amongst snippets, my favorite from all the snippets from all the episodes.

What brought us to this piece of the meandering conversation was Beverly telling me of a course on professionalism she’s developing for med(icine) students. I read a tweet how med students seem to lack humanity, what are they actually taught during med school that takes it out of them? or something of the sort. This is the opposite of what my mom, an MD, specialized as a general practitioner, has heard from her patients throughout her career. Possibly on account of her going into medicine after already having gone to university obtaining a teachers degree, and working for a decade or so. Somehow, from the very beginning, this has given her an advantage over many med students who come to the profession straight out of school/college. And I think humanity might be the secret ingredient here. My mom had already lived life, had gotten a degree, married, had two kids, divorced before she went to med school. From that starting point, she met her patients.

Valid for future physicians for sure.

But more than that, right?

I mean, is there anyone, regardless what they do for a living, who would not be served by finding that center within themselves? That center where your values reside, enabling you to put words to them. Values are visible by how you are in the world, how you show up, but I don’t have to go further than to myself, to know that I’ve not always been in touch with them enough to be able to name them.

There’s plenty of tankespjärn for all to be had here!

Episode 20 with Gary on connection

The promise of a pencil by Adam Braun

The OnBeing episode I mentioned I’m not sure I found, but here’s two that are good and point to the same thing, the second possibly being ”the one”: