And then. When it doesn’t really go as I planned it to – it’s as if my momentum slowed down… and its currently almost at a stand-still.

I had this image in my head – having it all done by January 1st. And it wasn’t. My skills weren’t good enough, and time was scarce, so I got fiverr.com to help me out. And that took more time than intended. Which is ok. I’m not beating myself up over it. And I’m pleased with the result.

I had this other image in my head – and in a spreadsheet on my computer. On what days to publish my writings, categories for each day and even a plan for content. But the days roll by, the content isn’t written and isn’t getting written either, and I have a hard time to decide if the publishing plan is a good idea at all, and whether the set-up itself will be ok.

And you know what? 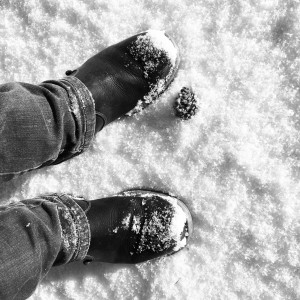 It doesn’t really matter that the site got out into the world a few days later than I had planned. In the long run – who cares!?
It doesn’t matter if my plan for what to publish when, is already shot to pieces, as I can always get back on track again.
And if it’s not optimal to start with, well, I made it. That means I can re-make it. Imagine that.

There’s untouched ground ahead. I’m starting something new here. If I don’t move my feet forward, how will I know what might come from this new adventure?

So here I am.
Writing a post, in “the wrong” category according to my publishing plan, but actually on a day I have intended for publishing. An even score in the game between me and the publishing plan….

But who’s counting, eh? Why even look at it as a contest, or a race, something with a winner and a loser? As the underlying theme for this entire site is about being gentle to oneself, wouldn’t it be really weird if I started off being harsh with myself?

The meaning of breath