As I was pondering what I do to earn a living (I’ve had my own company since October 1st, 2007), I came up with a multitude of ideas on what m o r e I can do, on top of my existing income streams. Those I will be exploring and playing around with, for sure. But more importantly, I also started to look at what I do, that perhaps I should s t o p doing? 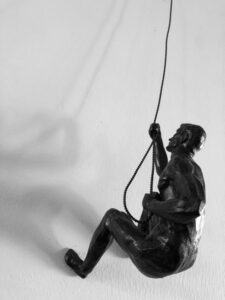 Any existing income-generating activities that I should stop doing? Worth pondering, for sure.

But the real deal-breaker is likely to be that which takes time and effort without giving me the results I am looking for? Like… spending time on social media without a clear purpose? Meetings of various sorts that are super-nice, but are they aligned with the results I am going for? Blogging and vlogging?

I blog every day. And I love it. Or rather, I love it most days. Sometimes it’s a drag, but I’ve resolved to stick to my intention of a daily blog post, if nothing else because it’s easier to stick to the routine if I blog daily, not making it a choice really. Yet. Blogging takes time. Let’s say I spend half an hour up to an hour a day to write and publish my daily post. Sometimes less… sometimes more. What could I do with this hour that would be of more value to me – and you? Or is this an hour that i s generative enough to warrant the effort, only in different ways than strictly monetary?

I know I would not be who I am, or where I am, today, without blogging, which I have now done, more or less daily, since January 2013. But is it still as rewarding as it has been?

I also vlog every day, on Facebook, and have for 140 days in a row. And I think I love that too. The same reasoning as for the blog is valid for the vlogging. Except it takes way less time. 5-10 minutes, and I am done. However, it’s not at all my medium in the same way as writing/blogging is. I like letting words pour out of me, down through my fingers and onto (digital) paper. I enjoy the vlogging as well, but it’s different. Perhaps the major reason for me not being as enamored with vlogging because I personally prefer reading to listening/watching vlogs. (Pods on the other hand – those I love!)

Podding is something I am on the brink of doing… so I will have to take a raincheck on that medium for the moment, as I don’t know what the actual effort and possible reward from it will be.

Results and rewards are definitely not o n l y to be measured in terms of money. And yet – if there’s very little, or no, monetary gains to show for a lot of invested effort, that effort has to be balanced out somehow. Because there’s a bottom line here. I want – need! – to invoice a certain sum every month, in order to pay me as well as cover all other expenses.

So.
What do I spend my time on?
What’s the required effort, how much of my energy is used, and what’s the end result?
What is the reward, and does it match the effort used?

A big bump on the leg