A fine balance, written by Rohinton Mistry. This book, that I read the first time in 1997, while doing my degree project in Thailand to get my Masters in Biology. My brother put the book in my hand, and then did not see me for the next twenty-two hours, as I simply could not put the book down. Ever since I’ve stated A fine balance as the best book I’ve ever read, recommending it high and low.

“Flirting with madness was one thing; when madness started flirting back, it was time to call the whole thing off.”

So when I stumbled upon a copy at a flea market a while ago, I bought it, with the intention of rereading it. To ensure I would read it and really reflect upon it, given the importance I’ve put upon this book ever since that first read, I picked it as my book choice in the Gifted book club. 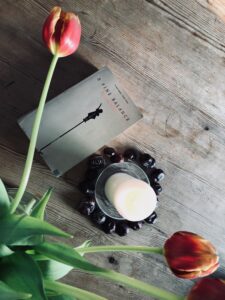 And what about the fact that not just me, but my brother, my mother, my father as well as my two nieces all rank it as the best book they have ever read as well? We are a family of bookworms, yet we read quite different genres, generally speaking, so to have us all say this about A fine balance seems quite significant.

“Time had turned the magical to mundane.”

It did not grip me the way it did the first time around. I read it “like a normal book”, without any major problems to put it down after having read 10-15 pages or so. So I did not have that all-nighter-reading-experience again.

An intricate weave
It is a good book though. It is gripping. The intricate weave of the lives and destinies of the four major characters is like a tapestry of the middle ages, one of those many meters long tapestries depicting all sorts of stories at the same time. The Bayeux Tapestry comes to mind. A fine balance is that rich – containing enough sub-stories and interesting side characters to make it into ten different novels if Mistry had wanted to. Instead, he condensed it all down into one thick book.

Me, an ignorant Swede
When I read it the first time, I was astonished to understand that Indira Gandhi was not “just good”. As an ignorant young Swede, I had only picked up on the fact that here was a female Prime Minister of a huge country, something that still has yet to happen in Sweden (having a female head of state, that is). So the book opened me up to understand that there was more to it than that, much more.

“You see, you cannot draw lines and compartments, and refuse to budge beyond them. Sometimes you have to use your failures as stepping-stones to success. You have to maintain a fine balance between hope and despair.”

And I think those aspects, the much more than I had understood before-aspects of A fine balance, are actually the ones that still, my second read, tugged at me the most. I just do not want to accept the atrocities we humans can inflict on other humans. I. Do. Not. Be it demolishing the hovels of the destitute congregating in slum areas, the way Beggarmaster ensures his beggars have the appropriate combination of heart-tugging handicaps, be it blindness or the loss of limbs, or how Indian state and local officials performed the most horrendous acts of violence upon their citizens during the Emergency. I just do not want to accept that things like this happen. But it does.

Best book ever, still?
The language of the book is beautiful, Mistry paints his story using rich and colorful language like many Indian authors seem to. Resembling the rich and colorful country that is India? But is it still the best book I’ve ever read?

Well. Yes – because that’s how it affected me the first time I read it. And, well, no, because this time around it did not grip me as thoroughly as it did then, and I have other books more recent in mind that have. It is definitely worth reading though, don’t get me wrong! All of us in the Gifted book club agreed on that, even though it – once more – became so apparent that there are many different ways to read a book. Makes for interesting book club conversations, and thank god for that, otherwise, what would be the point right?

The book I am blogging about is part of the book-reading challenge I’ve set for myself during 2019, to read and blog about 12 Swedish and 12 English books, one every other week, books that I already own.

Missed opportunities. Or not?