Encyclopedia Helenica. This was one of the roles I took on, being the one in the know, the one who always had the knowledge and facts. Never daring to admit to not knowing, so I would even pretend I knew… as I was under the belief that my self-worth came from knowing. To say I have no clue what/whom you are talking about was not part of my vocabulary for the longest of time. 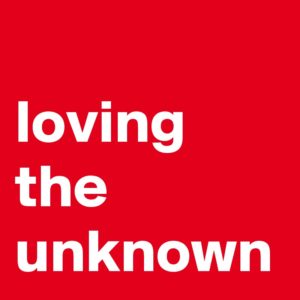 But no more.
Since 5-6 years I’ve gotten better and better at owning what I know, as well as what I don’t know. And I love not knowing, which is a big shift from absolutely fearing it before.

In not knowing – there’s a potential for learning, which is absent in knowing. To listen for that which I don’t know, rather than listening for that which confirms what I already know. Trying new things, new experiences, new flavors, new thoughts. Oh, I love it nowadays, love the unknown, am drawn to the unknown… both within as well as without myself.

Imagine what the world would look like, if humans were encouraged to look for the unknown. With curiosity. With an open mind. With playfulness.
To try. To feel. To think. To taste the unknown. Rather than to consolidate that which I (you?) already know.

Being humble enough to know that there is so much more to find out than that which I already know – and the wondrous world of discovery made possible when I stop fearing the unknown, and instead start to love it!