Basically ever since May. And I only just found out – for real – last week, because that’s when I “became myself again”. And that was the difference that opened my eyes to the fact that I have been low, for months on end.

I mean… I’ve noticed it indirectly, but haven’t drawn the proper conclusion. Possibly you’ve noticed as well, because one of the symptoms have been my lack of energy and will to blog daily. It simply hasn’t happened since early May. After five+ years of daily blogging, it was as if I ran out of fuel. And I haven’t been “all there” in other instances as well, even when I would have liked to be fully present. I simply haven’t.

So no wonder that my summer felt a bit off as I looked back on it at the end of August.
And no wonder that the past two and a half months have gone by in a haze – I’ve had a lot to do, but didn’t ever get really grounded, not in myself, and not in my surroundings and my nearest. 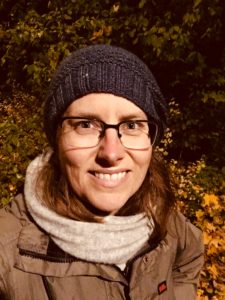 And then… last Tuesday.
I was back!
Filled with energy.
With a lust to do, to write, to create.
To be me – and express myself.

And as I got through the first days of “being back to myself” – I realized…. I’ve been low. I haven’t been myself. That’s the root cause of all these symptoms of being-slightly-off-my-own-game, and I only connected the dots once I was one the game again. And let me tell you: it feels great!

I mean – if you ask people around me, possibly they might say that me-off-my-game is still a whole lotta me, with doings and writings and creations all around. And I… yeah, I won’t say that it’s not. But the difference is how it feels – within me. And what I have been doing, writing and creating this past week, has been so much more effortless that whatever I managed to get out of my system since May. So for me – the difference is significant.

Facts are that I’ve played the guitar and done an FB-live every day of November, as well as blogged five out of seven days (today included), which is way more than any seven-day-streak since May, despite starting off the month with a head cold.

You bring the world into being