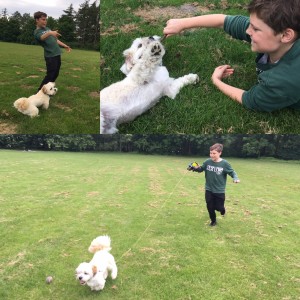 Inspired by my friend Michael Sillion I’ve started to gift people a podcast, or a blog post, or something else that I perceive to be virtual and meaningful, on their birthday. And I find that the podcast I most often feel like gifting to people, is the On Being episode with Stuart Brown “Play, Spirit and Character”.

It’s an episode which I’ve listened to many times by now, and which I will listen to many times to come as well. Stuarts voice reminds me of Martin Sheen, whose episode on On Being also is a keeper. So when I listen to Stuart, I get the added bonus of being reminded of the wisdom shared by Martin in “Spirituality of Imagination” which I have recommended in a previous blog post.

The conversation centers on the importance of play for a person to grow up, develop and blossom into a full human being. The implications of not being allowed to play during childhood, are severe, and yet, what I find so fascinating in this conversation is my joy at discovering that we are built to play throughout our lives, even “as adults”.

“… the human being really is designed biologically to play throughout the life cycle. And that, and from my standpoint as a clinician, when one really doesn’t play at all or very little in adulthood, there are consequences: rigidities, depression, lack of adaptability, no irony — you know, things that are pretty important, that enable us to cope in a world of many demands.” 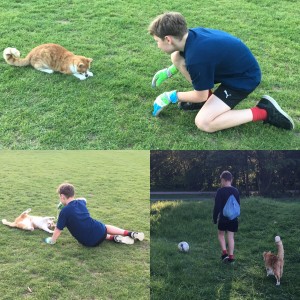 To engage in a little “guilt-free purposelessness” each and every day, is one of the main messages I take from this talk. Stuart also describes his experience of play as having “some sense of timelessness and freedom and purposelessness” or the more poetic description as being “outside of time”. That phrase has such a lovely ring to it, and I know just the feeling! Hoping you do too? And don’t get thrown by the word p l a y as such. There’s a lot of things that can be included in the term p l a y, so if you are engaged in an activity of any kind and experiencing being outside of time – you don’t have to look any further than that.

So play on – because life truly is meant to be a playground!