Jumped in six days ago, the dailies started three days ago, and there have been two prompts so far (Mondays – Wednesdays – Fridays. It’s Wednesday today, so…), and I am already having a blast. 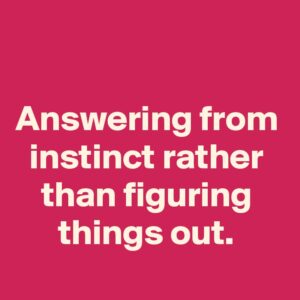 The dailies are about writing something, anything, daily, for 100 days in a row. Been there, done that. Not a problem at all for me.
But never have I done it in a community like this one. Never with so many people willing to share, to encourage, to question, to cheer and hook up with on this journey of ours for the next 150 days or so.

The prompts are a thrice-weekly prompt. Intended to get me thinking, writing, creating. Answering from instinct rather than figuring things out. Putting pen to paper (or finger to keyboard as it were) and letting what-ever-wants-to-come flow out of me.

My calendar is more full than I feel comfortable with. I have a huge capacity for Doing. No doubt. But in the past six-seven years, I’ve cultivated my capacity for Being as well, and with a full calendar, there’s less room for the latter, unfortunately. So I have been low on energy. I’ve been tired. Feeling drained. Putting pen to paper (fingers to keyboards, sure, yeah, of course, but it just doesn’t sound as poetic, does it?) have resulted in… naught. Nada. Zilch.

And now, three dailies and two prompts later… I am buzzing. Alive and kicking! Inspired, energized, On. And very curious to see what want’s to happen here!

Who do you want to put more focus on?

Being gentle to me – Reflection June ’16