There’s one episode of Good Life Project that I’ve listened to over and over again, for the past year. It’s called When life partners become business partners: Linda & Charlie Bloom, and even disregarding all the wisdom contained in the conversation, it is one of those easy-going and flowing conversations between Jonathan and the Bloom’s, that makes me want to cuddle up and just sit listening to them all day long.

Linda and Charlie Bloom have a wonderful rapport, and their love, respect and awareness in what they do and say and how they act towards one another, makes me long to experience the same. I am most definitely a sucker for the all-encompassing, life-long romantic and highly conscious love, that’s clear to me. Especially so, after also having read Alain De Botton’s book The Course of Love last year, a book that I rated 3 out of 5 stars on GoodReads with this review:

An unusual grip, letting us follow along in a course of love, while being witnesses to a couple meeting, marrying, having kids and so on. Quite interesting, that’s for sure. And what a punch in the face for the all-encompassing romantic love… 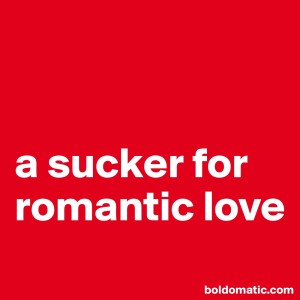 So I am stuck between a rock and a hard place. Is the Bloom-experience something which has happened for these two amazing people, making them outliers in a gigantic coordination system of human relationships, whereas the vast majority of us (the rest of humankind) will never ever have even the most minute of chances of actually experiencing something like it? Am I bonkers for believing it is within my grasp, that somewhere, somehow, there is the possibility of such a relationship for me?

I know the Bloom’s are not the only couple on Earth experiencing a romantic relationship as rich and rewarding as theirs; at the same time, I honestly believe relationships such as theirs is clearly in the minority. Most relationships likely never turn as deep and intentional as theirs. But is it because it’s “not possible” for the rest of up to attain that level of depth? Or is it more cause and effect; being in a minority, most of us have never witnessed anything like it, and hence most of us stumble along, in inadequately close but not close enough (not as close as they could be) relationships, never having had such a role model-relationship close by, to learn from, be inspired by, witness?

And even if we are lucky enough to actually be in the vicinity of such a relationship – would it truly benefit us? I mean – how to create a life together like this, how to be such a life partner, how to become a human, to evolve as a human being together with another soul – is not a topic that comes up a lot, is it? It’s not something we talk to our kids about: What works, what doesn’t work and what is missing from mum and dad’s relationship? is seldom the topic of conversation over dinner at home, is it? In my experience it’s seldom the topic even between the two (or more) souls directly involved in the relationship as such? But maybe it should be? Maybe there’s a lot to gain from having these conversations with those around us? Or am I totally losing it here? What do you think?

The power of small steps